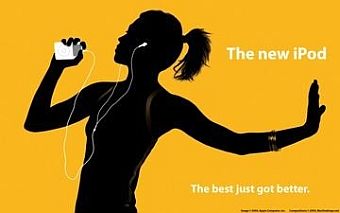 Apple
Although Arthur C Clarke’s: 2001: A Space Odyssey was not being played out in the real world of 2001, the cult book and film had become a source of inspiration for the most significant innovation for years. Apple’s iPod, launched on October 23, 2001, had taken its name from the pod bay doors on the Discovery One spaceship in Kubrick’s film.

The Apple iPod destabilised the very foundations of the music industry by enabling consumers to download thousands of digital files of their favourite tunes and put “1000 songs in your pocket.” Apple focused on the small size, power, design and ease-of-use of its new digital music device. Once more, Apple had proved that a focus on design and innovation was a winning combination.
Crucially, the iPod was paired with an online music organisation tool and store called iTunes making it easier for consumers to download their favourite tunes. By the end of 2001, iPod had sold 125,000 iPods.

An entire ecosystem has emerged around the music player, quickly helping Apple to dominate the market. From car charger to docking stations and speakers, alarm clocks, there are even prams and belts with docking stations.

It may have caused less excitement among consumers, but Microsoft launched a significant new product with the launch of Windows XP, a new operating system for PCs. Meanwhile, Peparami’s animal was winning advertising awards.

2001 was also the year the bubble burst for the booming internet industry with the dotcom crash. As web start-ups like Boo.com crashed and burned, the ones with stamina and cash reserves battled on.