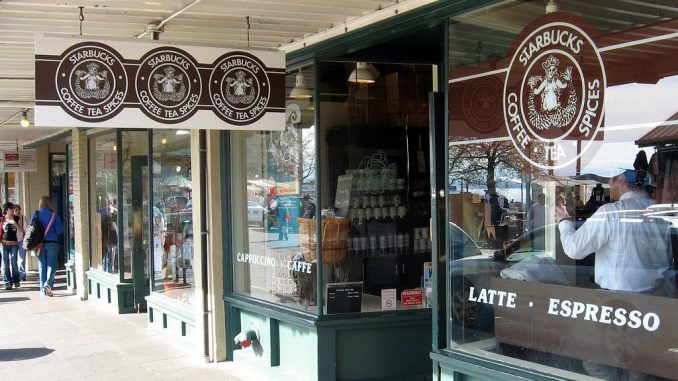 Starbucks was founded in Seattle in 1971. It first became profitable in the early ’80s when Howard Schulz took over. It revitalised itself with its move into California in the ’90s. It opened its first location outside of North America – in Tokyo – in 1996. Between 1987 and 2007 they were opening two new stores every single day.  At the time of its IPO in 1992 they had 140 outlets, and by September 1992 their share price had risen 70% compared to the previous year.