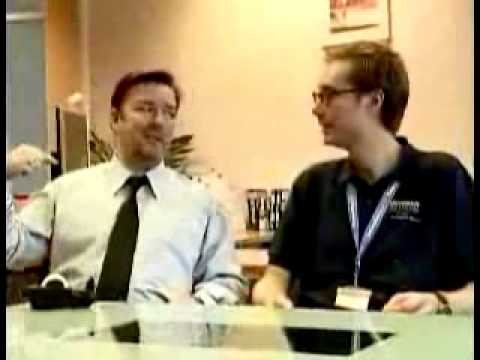 Microsoft
This was the year that David Brent, aka Ricky Gervais’s character in hit comedy series, The Office, taught thousands of Microsoft employees some ‘Office Values’. The internal marketing campaign by Microsoft featured a 15 minute video with – Gervais as David Brent being interviewed by a hapless Microsoft employee, Geoff Bowles – Microsoft Communications Manager (Steven Merchant.) He even offers himself for MD of Microsoft UK in exchange for a £40,000 a year salary and a new Mondeo.

The campaign rolled out using Brent-esque soundbites like, “Why is PASSION for the customer, partner and technology vital? Cos we need to get them to buy everything”. It was the perfect foil to ensure Microsoft’s employees engaged with the new corporate values. The revolutionary internal marketing campaign was awarded by The Marketing Society.

A number of other innovations were transforming established brands. Heinz Tomato Ketchup was turned on its head for the first time in its history and Adidas sneaked a computer into its trainer Adidas 1, “the world’s first intelligent shoe”, adjusting cushioning to suit its environment. Then there was BIC, which sold its hundred billionth biro in 2005.