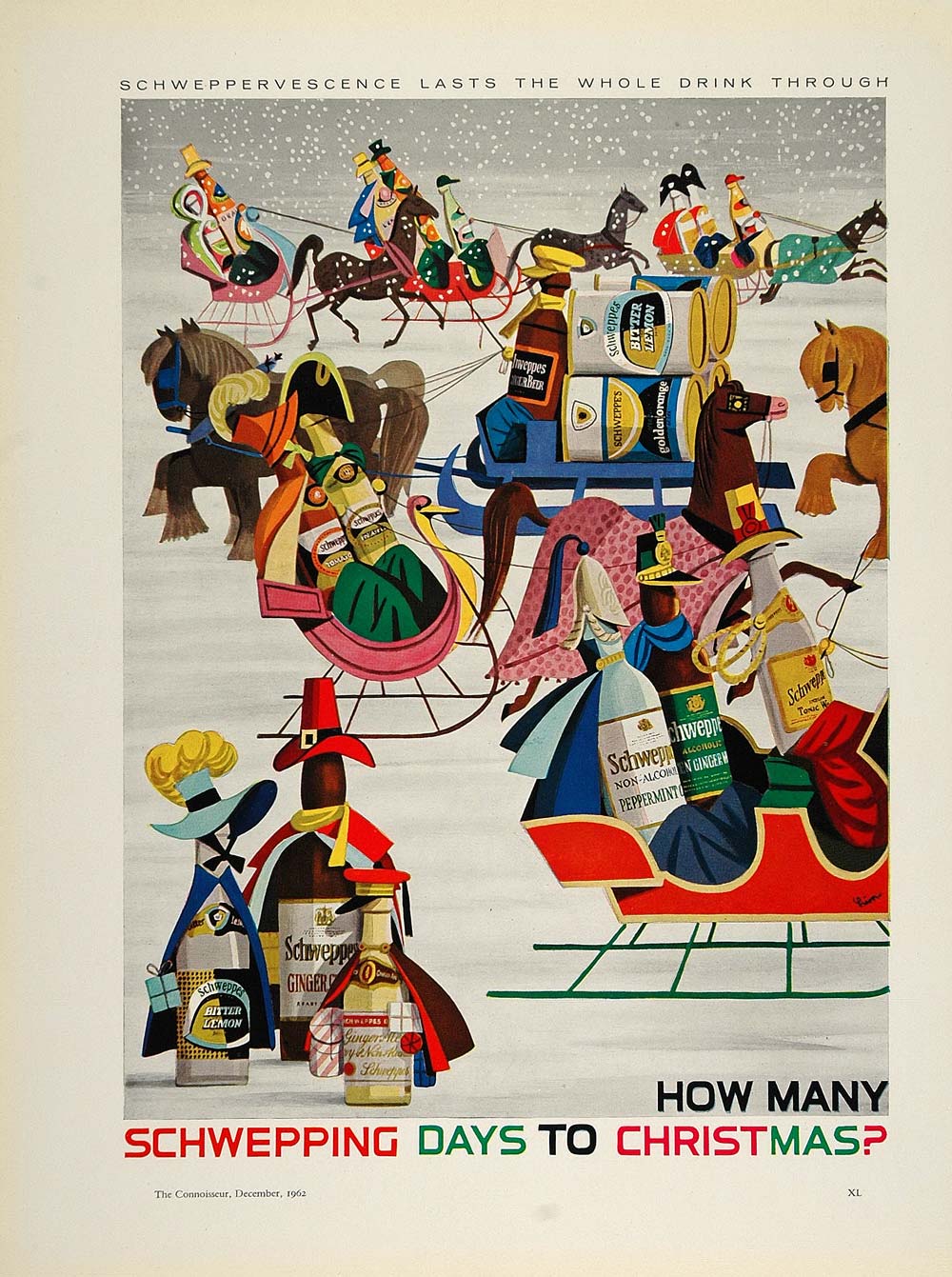 Schweppes – Schhh…you know who
The very first Doctor Who time travelled into 1963 as an elderly man and grandfather. Accompanied by a radiophonic theme tune and an enduring monster called the dalek, Doctor Who grew to become a national institution. Two years on and The Beatles would guest star in a Dr Who episode singing Ticket to Ride. Worlds of science fiction and reality collided with the launch of Polacolour Land Film and instant colour photographs, invented by Edwin Land, founder of Polaroid Cameras.

Meanwhile, “Schhhh … You know who”, Schweppes’ advertising with an onomatopoeia to emulate the sound of its bottles opening, was winning awards. Its Christmas campaign featured a child dreaming on Christmas Eve while Jingle Bells jingle and a sleigh drawn by reindeer appear with Santa saying: “Schhhh … You know who! Ho-ho-ho-ho!”

A girl next door called Sindy made a grand entrance for British girls looking for an alternative to the more glamorous Barbie. She had curly bobbed hair and wore jeans and a striped shirt. Diplomacy, a board game based on Europe before the First World War was also a top seller in 1963.

Women across Britain were also introduced to a revolutionary new diet plan called Weightwatchers. Launched by New Yorker, Jean Nidetch, two years previously, Weightwatchers was built around the concept of community and the fact that women were more likely to diet successfully if they could be supported by friends sharing the same experience