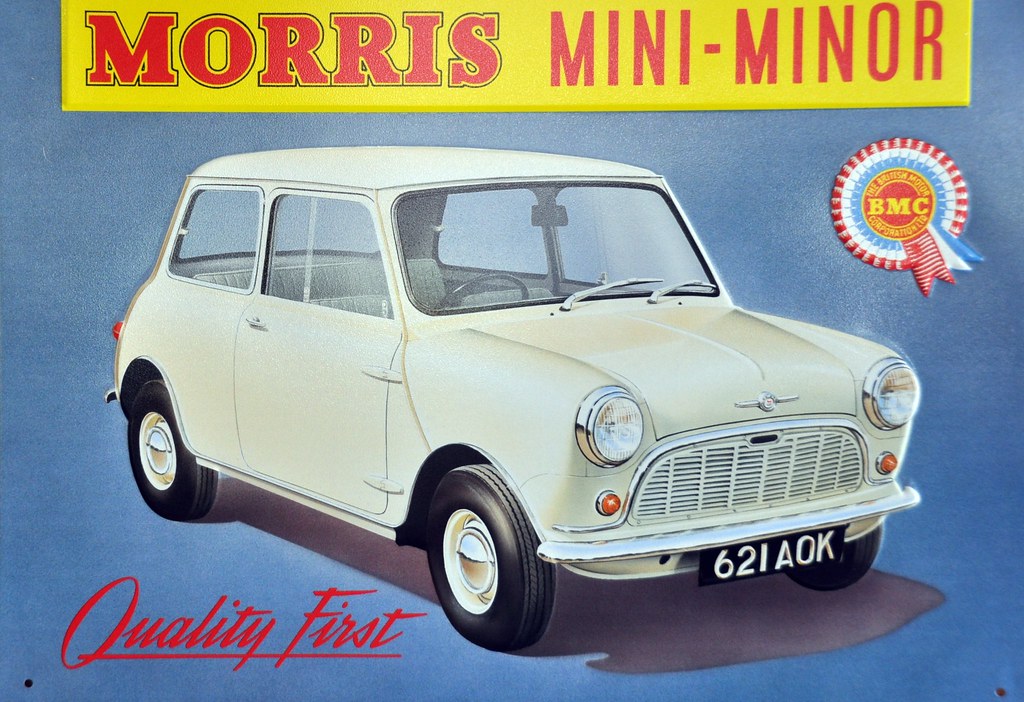 Mini Minor
It was the year Alec Issigonis, the man behind the groundbreaking Morris Minor, developed the Mini prototype. By June, around 100 minis a week were rolling off the assembly lines in preparation for the August launch.

Even Lord Snowdon, husband of Princess Margaret was unable to persuade Issigonis to alter the original design. The designer refused to replace the original sliding windows with wind down ones for her custom-made model saying it would have ruined her hair-do.

The Mini wasn’t the only revolutionary form of transport to make a grand entrance this year. There was also the Hovercraft, or the “man-made flying saucer” that could hover over land and water. Meanwhile, Xerox launched the first-ever plain paper photocopier.

Barbara Millicent Roberts, better known as Barbie was born. The first Barbie doll wore a black and white zebra striped swimsuit and ponytail in blonde or brunette and marketed as a “Teenage Fashion Model.” Around 350,000 Barbie dolls were sold during 1959.

Cadbury introduced the very first flake girl who became famous as a symbol of indulgence and secret pleasure. The early black and white campaigns used the strap line, “Sixpence-worth of Heaven.”