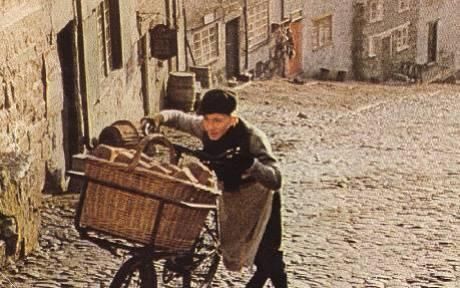 Hovis
It was all about nostalgia. As England and Ireland were rocked by IRA bombs, brands offered some light relief. We were reassured by a young boy on a bike delivering bread up a steep cobbled hill and a saggy, old cloth cat called Bagpuss.

Hovis’s evocative “Boy on a Bike” ad, accompanied by Dvorak’s New World Symphony, became an instant classic. Using the strapline, “Hovis is as good for you today, as it’s always been,” it was directed by Ridley Scott, who went on to make films including Gladiator, Alien and Thelma and Louise.

We were entertained by Porridge jailbirds Norman (Ronnie Barker) and Lennie (Richard Beckinsale). We were told to be patient by Cockburn’s Vintage Port, “better late than never!” and Birds Eye persuaded us that, “somehow other beef burgers don’t taste the same.”

Then, Art Fry, a 3M scientist, had a vision while singing with his church choir. He was sick of losing his place in the score and dreamt of a bookmark that was just a little bit sticky. Finally, a genuine need for the slightly sticky adhesive invented six years previously and 3M’s Post-it notes were born.