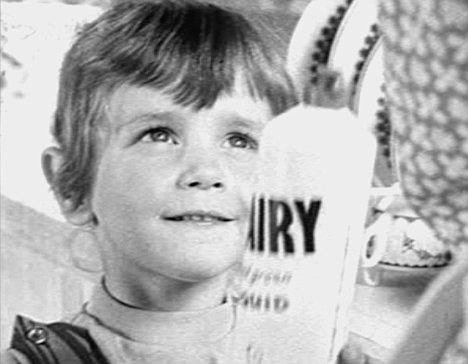 Fairy Liquid – Now Hands That Do Dishes Can Be Soft As Your Skin
Lemon. If there was one word that summed up marketing and advertising this year, it was lemon. In the US, a VW print campaign was causing ripples across the advertising industry. Using simple headlines like “Lemon” or “Think Small”, VW and its creative agency Doyle Dane Bernbach was masterfully persuading the American public to fall in love with a German car in the shadow of World War Two. Breaking conventions, this creative style was based on the subtle sell and marked a new approach for ad agencies – pairing copywriters and art directors as part of an equal team.

Across the Atlantic, an altogether sleeker-looking car was causing waves – the E-Type Jaguar, Britain’s affordable answer to the flashy Italian Ferrari. It was snapped up by celebrities like footballer George Best and George Harrison from The Beatles. And it wasn’t the only British brand innovating. Wilkinson Sword began to attract attention internationally for the first time, with the launch of a new and revolutionary Teflon-coated blade.

Two iconic strands of British advertising debuted this year. Fairy Liquid’s memorable slogan, “Now hands that do dishes can feel as soft as your skin, with mild green Fairy Liquid,” sang onto the screens. And there was a new kid in town – Nestle’s iconic Milky Bar Kid.