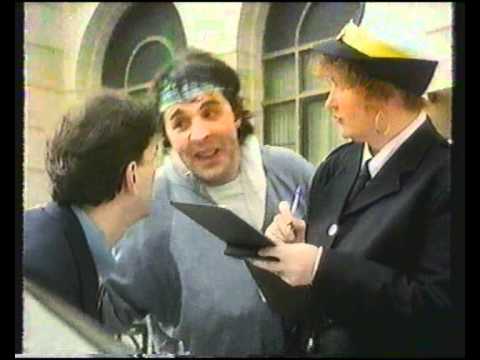 Direct Line
In 1990 we were all ‘striking a pose’ and vogueing along with Madonna, as catwalk models metamorphosed into something altogether grander and richer – the supermodel. It was this year that Linda Evangelista famously mentioned that she wouldn’t get out of bed for less than $10,000.

Five years since launch, Direct Line was causing serious ructions in the insurance market offering a cheaper, faster service direct to consumers by cutting out the middle men. Its momentum was set with a new ad campaign in 1990, featuring a red telephone on wheels, challenged the building societies’ dominance in the home insurance market.

The red telephone icon continues to star in Direct Line’s ads. In the same year, it made a high-profile submission to the Office of Fair Trading questioning whether the consumer had freedom of choice in home insurance.

Animals were starring in the advertising awards. PG Tips won a marketing award for remaining brand leader by using chimps in consistent advertising for over 35 years. Then Nick Aardmaan, creator of Wallace and Gromit was persuaded to expand his Creature Comforts film into a series of ads for Heat Electric.

Then there was Maxell Tapes, the audio cassettes that became popular thanks to its ‘Blown Away Guy’ TV ads. The award-winning advertising featured a man defiantly listening to his music wearing sunglasses as the sound waves nearly blow him away.