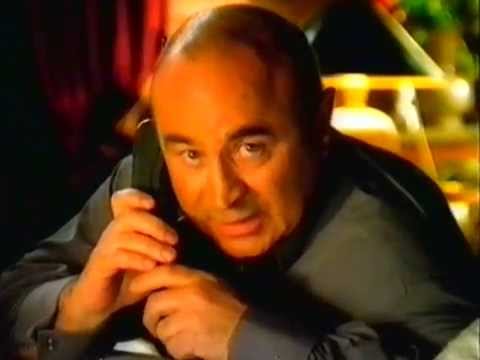 BT
It was the year of the telephone. As mobiles became more accessible for normal people, BT was using Bob Hoskins to persuade us to talk for longer on our landlines. “It’s good to talk” was trying to reduce the perception that phone calls were expensive and encourage longer, chattier phone calls. BT was the top spender on advertising in 1996 and also the winner of the IPA Effectiveness Awards.

Babysham relaunched again drawing on its roots with a trademark green bottle and the Babycham deer. Boddingtons’s advertising grew from strength-to-strength with the introduction of Melanie Sykes, “the cream of Manchester”. As a man chased an ice-cream van across the desert, Sykes offered him a pint of Boddingtons and the classic line, “Do you want a flake in that, love?”

When men weren’t lusting after Melanie Sykes there was always Lara Croft, the Tomb Raider heroine who spawned movies, lucrative sponsorship deals and academic debate over whether she was a feminist icon or cyber bimbo.

England was football crazy for Euro ’96 and Newsweek declared London to be the coolest capital city on the planet. The dawn of Cool Britannia was about to appear, albeit briefly.